The Youth Parliament is organised as a cooperative effort of the Parliament of Finland and Development Centre Opinkirjo. The most important forms of activity include the parliament clubs for students in 8th and 9th year, club events, and other events under topical themes relevant to society. The activities reach their climax in the annual plenary session of the Youth Parliament, organised in the form of an oral Question Time session.

The activities of the Finnish Youth Parliament are intended for students in the upper level of comprehensive school. The goal of these activities is to encourage students to get involved and have their say on matters that are important to young people. The activities began in 1998.

Their aim is to inspire students to get involved in making a positive difference to things that are important to their generation.

The Youth Parliament is inspiring for teachers and students alike!

A total of four club events were organised. The themes included democracy education and young people’s involvement in schools, social themes important for young people and the types of interdisciplinary learning modules containing social themes that young people would like to see in education. The theme of one of the club events was media education and responsible journalism. We pursued cooperation with various ministries (Ministry of Education and Culture and Ministry of Justice), the Union of Local Youth Councils in Finland (Allianssi), the Council for Mass Media and the Päivälehti Museum. The students’ travel costs were covered by Development Centre Opinkirjo, so all the events had students from different parts of Finland. Slightly less than 200 students from approximately fifty schools participated in the events.

We held virtual events were held together with MPs and ministers during 2020 – 2021. Slightly less than 1500 students participated in the events.

Three material packages were published during the season. Task pac­kage Kannattaisiko vaikuttaa? (Worth influencing?) contained instruc­tions for preparing for a session, the Mokkeja yhteiskunnallisella ot­teella (Interdisciplinary learning modules with a social grip) included eight tips for interdisciplinary learning modules of interest to young people, while the third material was Valiokuntasimulaatio (Commit­tee simulation). The simulation is a functional democracy education method involving the students and combining different subjects.

The Youth Parliament’s website (in Finnish) is located at the address https://www.eduskunta.fi/FI/NuortenEduskunta/NuortenParlamentti/Sivut/default.aspx

There is a blog Nuorten Parlamentti used by the Youth Parliament and a Facebook page. Tweets were requested using the hashtag #nuortenparlamentti.

The plenary session of the Youth Parliament assembled at the Parliament Building on Friday 23 March 2018 at 12 noon. A total of 198 student representatives, 138 student journalists and 145 teachers from 146 upper comprehensive schools all around Finland attended the session.

The student journalists participated in a Politiikko nonstop event in which they had the chance to ask questions from Members of Parliament. A Member of Parliament from each parliamentary group was present to answer the young people’s questions.

There were three information sessions in the event arranged for teachers, in which new democracy education services were introduced: Parlamenttikierros – kokemustietoa kansanvallasta (in Finnish), Valiokuntasimulaatio (in Finnish) and Näin lakeja tehdään Suomessa website (in Finnish).

The plenary session was chaired by the Speaker of Parliament, Paula Risikko. Eleven ministers from the Government of Finland were present and answered questions from the student representatives. Of all the submitted questions, 41 had been picked for the plenum session agenda, and there was time to address 28 of these.

The topic of the first vote was whether public transport should be made free of charge. There was a tie with the votes, with 97 student representatives voting for keeping the public transport charge and another 97 for removing the charge. The topic of the second vote was whether the age limit for receiving a driving licence should be lowered to 16 years. 106 student representatives supported the current age limit of 18 years while 90 were in favour of lowering of the age limit to 16 years. The third vote concerned the legalisation of euthanasia in Finland. 53 student representatives voted for the prohibition of euthanasia and 123 for permitting it in legislation.

Young people had the chance to have their say on the plenary session agenda. About half of the questions were picked for the agenda based on a vote; the other half were selected at the Parliament. The following criteria are considered when putting the agenda together: regions (questions from each electoral district in proportion to the attending clubs), the sectors of the ministers represented, gender and language of the students presenting the questions.

The members of parliamentary clubs submitted a total of 159 questions for the plenary session.

Minister of the Interior 6

Minister of Social Affairs and Health 1

Minister of Transport and Communications 12

Minister for Foreign Trade and Development 0

Minister of Agriculture and Forestry 1

Minister of the Environment, Energy and Housing 13

The plenary session was followed by a reception by the Speaker of Parliament for attendees of the Youth Parliament and invited guests. The reception gave the young people the opportunity for active discussion with the ministers and Members of Parliament present.

A total of almost 31 hours of activities were held during the Youth Parliament. More than 12000 young people and almost 700 adults took part in the programmes  including MPs including ministers and the President of the Finnish Parliament, 93 between March and April.

Regional coverage was good as participants lived in 17 provinces. There were 55 municipalities involved.

All 13 constituencies in Finland sent their representatives to the session. 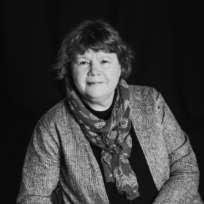 These cookies are necessary for the technical functionality of the site.

Analytics cookies collect anonymised usage information, which is used to develop the site and its contents.